The collection represents materials on Cuba, published between the early nineteenth-century through 1922. The majority of the collection focuses on history, literature, travel accounts, regional histories and biographies.

The originals of these books are in the Cornell University Library . The majority were digitized in 2008 with funding by Microsoft Corporation. Scanning was performed by Kirtas Technologies; OCR was performed by, and derivative formats created by, the Internet Archive. Other digitizing projects followed, adding to this collection. One such project included books and journals in the life sciences and natural history for the purposes of being added to the Biodiversity Heritage Library or...

Medicine in the Americas – a digital library project of the U.S. National Library of Medicine – consists of works which demonstrate the evolution of American medicine from seventeenth-century colonial frontier outposts to twentieth-century research hospitals. Drawing on the collections of NLM's History of Medicine Division , Medicine in the Americas encompasses works dating as early as 1610 and printed in the United States and around the New World, including Latin America, the Caribbean,...

Books from the John Adams Library at the Boston Public Library . Deposited with the Boston Public Library in 1894, the John Adams Library includes over 2,700 volumes collected by the second president during his lifetime (1735-1826) as well as hundreds of additional books later donated by his family members. One of the greatest private collections of its day, the Adams Library remains one of the largest original early American libraries still intact. This remarkable collection of 3,510 books...

Books from the Emblem Collection of the University of Illinois, Urbana-Champaign Since the 1940’s the University of Illinois at Urbana-Champaign Library has been building a collection of emblem books written from 1540-1800, published in Germany, France, Italy, Spain and England. Emblem books can be considered the multi-media publications of the 16th through the 18th centuries. Each emblem is composed of three constitutive elements - a motto, an illustration or "pictura" in the form...

-
subject:"Proceedings of the Royal Society of London"
search 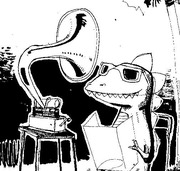 The California Digital Library supports the assembly and creative use of the world's scholarship and knowledge for the University of California libraries and the communities they serve. In addition, the CDL provides tools that support the construction of online information services for research, teaching, and learning, including services that enable the UC libraries to effectively share their materials and provide greater access to digital content.

The Thomas Fisher Rare Book Library is a library in the University of Toronto, constituting the largest repository of publicly accessible rare books and manuscripts in Canada. Among the collection's items are the Nuremberg Chronicle (1493), Shakespeare's First Folio (1623), Newton's Principia (1687), and Darwin's proof copy (with annotations) of On the Origin of Species (1859). Other collections include Babylonian cuneiform tablet from Ur (1789 B.C.), 36 Egyptian papyrus manuscript fragments...

Books digitized by the Internet Archive for the University of Connecticut.

The Charles E. Young Research Library Department of Special Collections houses and provides access to the UCLA Library’s central collection of rare books and manuscripts in the humanities, social sciences, visual arts, and other special materials. The Department's rare book holdings consist of some 333,000 volumes, while its non-book holdings comprise more than 30 million manuscripts, 5 million photographs and negatives, ephemera, maps, works of art, architectural drawings and models, and...

The London School of Hygiene & Tropical Medicine is a world-leading centre for research and postgraduate education in public and global health, with 3,900 students and more than 1,000 staff worki ng in over 100 countries. The School is one of the highest-rated research institutions in the UK, and was recently cited as the world's leading research-focused graduate school. Our mission is to improve health and health equity in the UK and worldwide; working in partnership to achieve excellence...

The Royal College of Surgeons of England is a professional membership organisation of 20,000 UK and international members, and registered charity, which exists to advance surgical standards and improve patient care. The College received its first Royal Charter in 1800 but traces its origins to the Company of Barber-Surgeons, established in 1540. In 1745, the Barber-Surgeons were split by an Act of Parliament into two bodies and the Company of Surgeons was established. The Hunterian Museum ,...

The University Libraries'Jesuitica Collection is comprised of books and manuscripts by and about the Jesuits, including anti-Jesuit writings, from the founding of the Society of Jesus in 1540 to the present. The collection focuses on works published prior to the suppression of the Jesuit order in 1773, and is the largest, most comprehensive collection of its kind in the Western Hemisphere. In addition to works on history, theology and philosophy, the collection includes major holdings in the...

Materials from the Research Library, Getty Research Institute located in Los Angeles, CA. The Getty Alchemy Collection includes books from the sixteenth to the nineteenth centuries dealing with the art and science of alchemy. Its core is formed by the Manly Palmer Hall collection, acquired in 1995 from the estate of the Los Angeles theosophist, who founded the Philosophical Research Society in Los Feliz. Originally acquired for its contribution to the history of visual symbolism, alchemy is now...
Topic: Books

Cuba was the first Caribbean island to have a press, begun in 1722 by Flemish merchant Carlos Habré of Ghent. Habré and his successor, Francisco José de Paula, printed only intermittently, and it was not until 1757 that the press began to function more regularly. Of the 29 items in this collection (as of 2012), fully half are only known copies found nowhere else in the world. http://archive.org/details/jcbspanishamerica